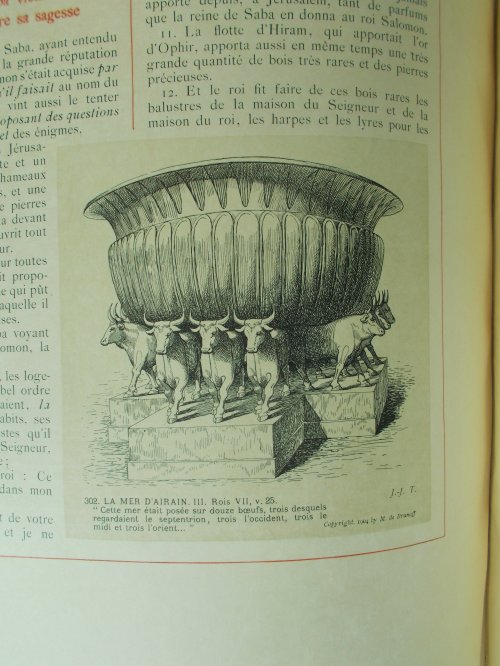 302b.1/402 Tissot Drawing 330 The laver (1 Kings 7:25) drawing by James Tissot at the John Rylands Library file created by Phillip Medhurst: