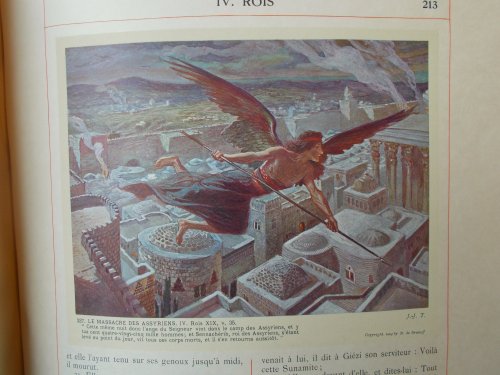 327.1/402 The slaying of the Assyrians (2 Kings 19:35) drawing by James Tissot at the John Rylands Library file created by Phillip Medhurst:

327.2/402 The slaying of the Assyrians (2 Kings 19:35) gouache on board by Michel Simonidy after James Tissot Jewish Museum New York: